Pay $25 to see Mike from the Jersey shore at a Virginia club? We’ve got ourselves a situation.

Tom Brady, getting down at Carnival.

There’s nothing more beautiful than a nice chicken fried steak.

Still, you have to appreciate a nice burger, too.

McDonald’s is the latest diet of champions.

Aaah! Everybody run! A crazy Brooklyn high schooler attacked her classmate with acid.

BREAKING NEWS: The US is no longer a democracy according to Utah politicians.

Judge demonstrates his passion for justice when he rugby tackles a sex offender as he tries to flee the courtroom.

Sun Mar 13 , 2011
On Friday, March 4, the Fine Arts Building Rotunda was transformed into an art gallery, as students and parents gazed upon the aesthetic creations made by SUNY New Paltz’s wood design students. The 8th SUNY New Paltz Wood Design Exhibition is an event that serves as a showcase for the final projects […] 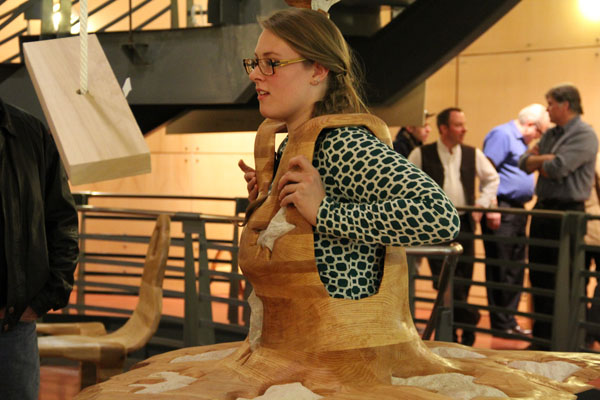