And here’s Joe the Plumber, milking it.

Speaking of Joe the Plumber, what WOTS would be complete without some Sarah Palin bashing from our favorite opining outlets? You know—eating young, torturing the bible—all that good stuff.

Also from the Observer, we gain literary prowess! Donald Trump called it “garbage,” but really it’s everything we aspire to be—“cruel, brilliant, beautifully written and perfectly designed, and feared by all.” Yes, ladies and gentlemen, Spy Magazine has been digitalized.

Several states over from Rahm, gay-rights advocates are trying to lift the notorious state-wide ban on gay marriage—in more ways than one.

Yo Kanye, I’m really happy for you, and I’mma let you finish, but Justin Bieber had one of the best uninformed abortion sound bites of all time. So stop trying to one-up him.

Wait, what? Is that you, Justin Bieber? Oh sorry, didn’t recognize you WITH YOUR NEW HAIRCUT!!!

Reel Noteworhty: Oscars - Who Will Win vs. Who Should Win

Fri Feb 25 , 2011
It’s here. The big one. The night that (almost) everyone has been waiting for: Oscar night! Yes, that’s right, this Sunday night, the 2010 award season comes to a close as the winners of the Academy Awards are announced. It’s a tradition for me to watch the Oscars with a […] 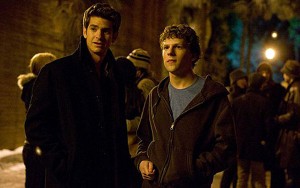