My problem with The Town isn’t that it’s directed by Ben Affleck. It has nothing to do with Rebecca Hall’s one face for every scene. Even Gossip Girl’s Blake Lively didn’t bother me as much as I expected her to.

No, my issue with the Oscar-nominated film is the male lead’s performance. While Affleck did a fair job directing his castmates, he could have benefited from someone guiding him through a scene. I’m pretty sure there isn’t a single scene in the movie in which he did not overact. From the (seemingly) exaggerated Boston accent to the brooding, stoic looks to open and close every dialogue, Affleck hammed it up for the camera every chance he got, thus ruining his (and the film’s) credibility.

The Town is about a man named Doug MacRay who struggles to escape a life of crime. Doug and his friends are bank robbers in a rough section of Boston, and Doug is looking to get out. He wants to start a new life somewhere else, and hopes to bring his new girlfriend Claire (Rebecca Hall) along with him. The catch is, besides the typical “once-you-are-in-it’s-impossible-to-get-out” dilemma, Doug is forced to deal with the guilt of having taken Claire hostage in a recent robbery. She doesn’t know he was behind it, so she falls madly in love with him. All of this coupled with Mad Men’s Jon Hamm playing an FBI Agent determined to bring Doug and his crew down equals two plus hours of, well, unoriginal content.

Jeremy Renner (The Hurt Locker) has received a slew of nominations for his role as Jem, the best friend of Doug. Renner is convincing as a loose cannon just waiting to let his temper ruin the gang’s plans. But is it an Oscar-worthy performance? Not in my opinion. Is it the best performance in the movie? Absolutely.

The movie isn’t bad. It’s just wildly predictable and a letdown considering the hype that surrounded it. The action sequences are credible, but few and far between. We see more of Doug rueing his life choices than bank robberies, which means more of Affleck’s “acting.”

Bottom line: Affleck should stick to directing. This whole acting thing (except for his starring turn in Daredevil) isn’t working out too well.

Thu Feb 10 , 2011
This winter, storms pummeled the SUNY New Paltz campus, blanketing the school grounds with a thick sheet of snow. Everything from benches to bicycles have been covered by the frozen white powder, which caused cancellation of classes on Feb. 1 and 2. [nggallery id=16] 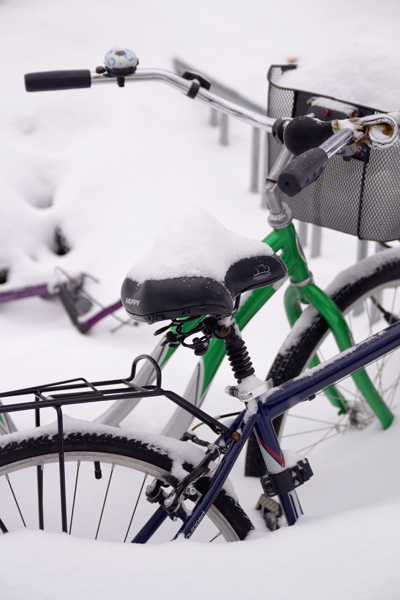