Poetry slams began in Chicago in the mid 1980s, becoming nationwide by 1990. Marc Smith, aka “Slam Papi” is credited with its birth. Tell this to a slam poet, however, and you’ll be met with a chorus of “So what!” The creation is not the focus. The beginning is not what matters at all – what matters is that it began at all.

The SUNY New Paltz slam team is currently ranked number sixth in the nation. The team has plans to perform in 11 of the 13 halls on campus.

The team has been preparing for the upcoming second annual Margaret Wade Lewis Poetry Slam Invitational. They have been holding programs to perform samples of their poetry in residence halls – also known as dorm storming. Starting on Feb. 10 in Bouton Hall, members of the team offered a poem or two in main lounges of residence halls to stir up interest.

At the mini, makeshift slam, most of the team performs, trying out new poetry and perfecting the performance of older poems.

“Slam is competitive, performance poetry,” said Jackie Wolozin, 20, a third-year Theater Tech major. Wolozin is one of the few veterans on the slam team, having joined the team during her first year at college.

“Slam poetry is how you perform it. There’s a lot of fluidity and not a lot of rules.”

The New Paltz team has fluctuated greatly since its birth in the early 2000s. “I never had enough confidence in my writing to write poetry,” she said. “The first time I performed, I was shaking. I forgot all my lines and I didn’t think I belonged.”

Fesolowich joined the team this year, and scored a perfect 10 in competition.

“The team is like a big family,” said Wolozin. “Our poetry is very personal. People bond so quickly over it. It’s like a community.”

“The Wade Lewis slam is one of the best opportunities for students to come together,” said Chris Milea, 20, a third-year English Major.

The Margaret Wade Lewis Poetry Slam Invitational is the second-largest collegiate poetry slam in the nation. Schools as far away as Minnesota will make their way to New Paltz on March 4 and 5 for the two-night competition. The slam is named for Dr. Margaret Wade Lewis, a professor in the Black Studies department who died of cancer in December of 2009. Wade Lewis was an avid supporter of
the arts and was integral in helping the early New Paltz slam teams.

Before her death, Wade Lewis began a charity, the Million Dollar Endowment, aiming to send underprivileged students to school. The slam is a fundraising event for the charity, accepting any and all donations, which go straight to the endowment.

“She was the spoken word professor here,” Milea said. “She was such a caring community person who affected the outlook of a lot of students and people in the area.”

Last year, award-winning poet Anis Mojgani was a featured performer at the Wade Lewis Poetry Slam. This year, Andrea Gibson, renowned for her advocacy and roots in the Queer community, will be performing.

“We are in the midst of a gigantic effort to make the slam beautiful,” Milea said. “We are drawing from every part of the New Paltz community to make this possible.”

In addition to the poetry, Culture Shock Dance Troupe will be performing on the first night to kick the event off and Voices of Unity Choir will perform on the second night.

On March 5, there will be writing workshops held throughout the day, run by successful New York City artists, as well as SUNY alumni

The event is a collaboration among the slam team, the Black Student Union, the Queer Action Coalition, All People United, the Feminist Collective, Take Back the Night and Rap Poetry and Music.

“We’re bringing in artists that stimulate and excite us,” said Milea. “This is unlike anything that has happened in the past. There will not be one stone unturned. We’re really excited for what might happen.”

Mon Feb 28 , 2011
New York Gov. Andrew Cuomo’s proposed state budget for the coming fiscal year aims to plug the state’s $10 billion budget gap without a single tax increase. Instead, Cuomo is calling for dramatic cuts in funding for Medicaid, state operations and education. Among the most controversial of the proposed cuts […] 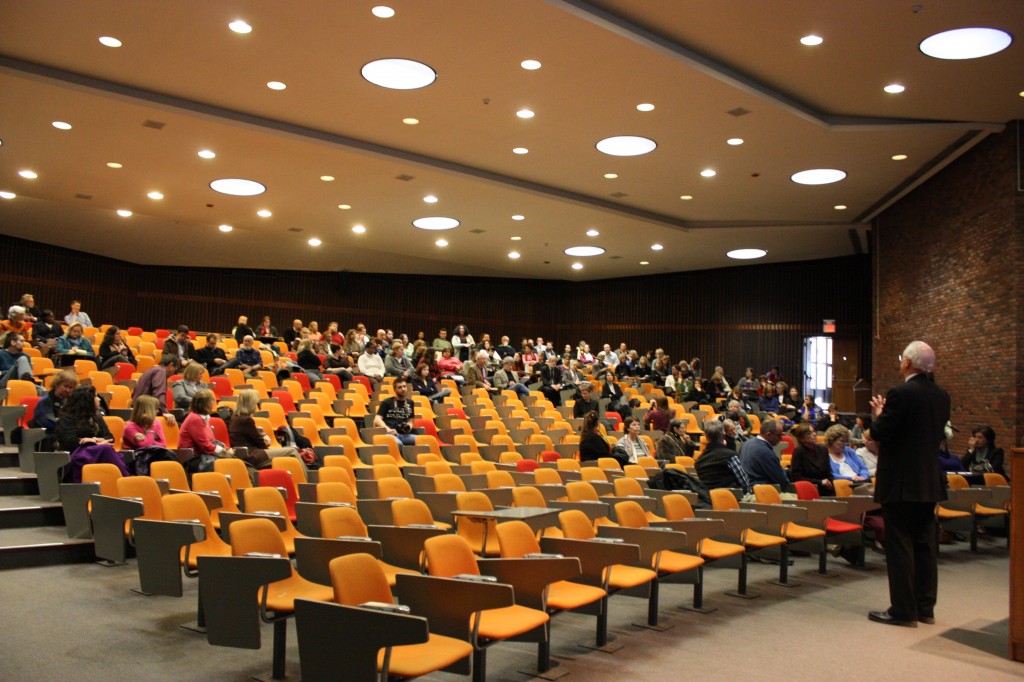