Mayor Michael Bloomberg signed a bill in early February that will, this summer, ban smoking in 1,700 city parks and along 14 miles of city beaches in New York City.  The ban also includes marinas, boardwalks and pedestrian plazas such as Times Square.  While these city laws may not directly affect us,  New Paltz students are speaking out about the new ban.

“I’m frustrated that Mayor Bloomberg is trying to tell me where I can and cannot light a cigarette,” said Sam Borenzweig, a third-year philosophy major.

Borenzweig has been living in Manhattan his entire life. As a smoker, he is not pleased about the ban.  He said he understands if the ban was limited to parks and playgrounds but feels the restrictions it imposes are ridiculous.

“I should be able to smoke where I want outside,” Borenzweig said. “Especially in public places.”

Jamie Matcovich, a third-year art history major,  has been smoking cigarettes for four years and understands why it might be detrimental for people, and the environment, to smoke in public parks and beaches.  Yet, she does not agree with the law extending to pedestrian plazas and boulevards.  “If you can smoke on any other street, why not Times Square?” said Matcovich.

Non-smokers, aware of the harm of secondhand smoke, seem overjoyed by the ban.

Ari Buziashvili, a third-year history major, believes smokers are entitled to the right to smoke on their own property, but not necessarily public space.

“I think it’s quite reasonable for non-smokers to not want to have to breathe in second hand smoke,” said Buziashvili.

Kaitlin Wagner, a third-year creative writing major, agrees. She believes smokers do have the right to smoke outdoors, but admits that “it’ll be nice to not have smoke blown in my face.”

Sunya Bhutta, a fourth-year English major, believes the ban could improve the cleanliness of the city. “I’m sure no one appreciates seeing the millions of cigarette butts that litter the sidewalks,” she said.

Unlike Bloomberg’s 2002 ban, which restricted smoking in restaurants, bars and other public indoor spaces, the new ban will not be enforced by police but by ‘public pressure.’ Students interviewed seemed to believe that the ban would be more effective with police enforcement.

Borenzweig and Matcovich both admitted that they will continue to light up in these restricted areas.

“If there are no consequences except for some dirty looks, bring it on,” said Borenzweig.

New York City is not the first to ban smoking outdoors in public places.  In January, Great Neck, N.Y. banned smoking on certain public sidewalks. The penalty for violating the law can be up to $1,000 in fines or up to 15 days in jail. “It’s a good thing that these laws are being passed because they are for everyone’s health,” Bhutta said.

Matcovich doesn’t believe that any of the recent efforts to raise taxes on cigarettes or ban smoking them in certain areas will persuade people to quit but rather just anger them.

SUNY New Paltz students speak up about their views on the smoking ban in public areas in NYC.

Mon Feb 28 , 2011
Poetry slams began in Chicago in the mid 1980s, becoming nationwide by 1990. Marc Smith, aka “Slam Papi” is credited with its birth. Tell this to a slam poet, however, and you’ll be met with a chorus of “So what!” The creation is not the focus. The beginning is not […] 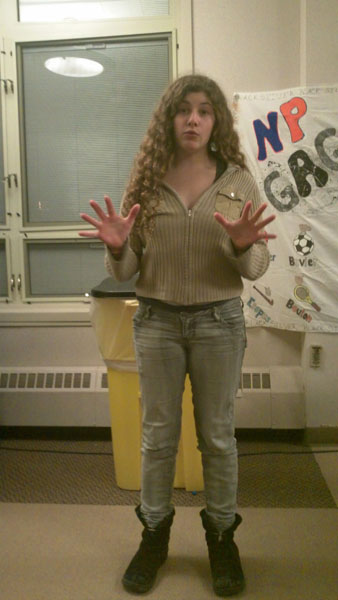