The long-awaited Pentagon study on the effects of repealing “Don’t Ask, Don’t Tell,” in the United States military concluded that a repeal of the policy presents a low risk to the military’s effectiveness. According to the report, 70 percent of surveyed service members believe that the impact of a repeal would be positive, mixed or would not affect their units whatsoever.

The nine-month study researched effects of repealing the 17-year-old policy, which requires homosexual service members to keep their sexual orientation secret or risk being discharged. The report, authored by Army Gen. Carter Ham and Pentagon General Counsel Jeh Johnson, concluded that while a repeal may bring about, “some limited and isolated disruption to unit cohesion and retention,” this is mainly due to stereotypes, misinformation and failure to properly educate. The report states that effective leadership and education is all that is necessary to alleviate such effects.

The survey, based on responses from about 115,000 troops and 44,200 military spouses, found differences in opinion among the different branches of the military. Generally, combat branches of the military were most concerned with a repeal. While only 30 percent overall predicted that a repeal may have some negative effects, 48 percent within Army Combat arms units and 58 percent within Marine combat units said there would be negative effects.

“I cannot tolerate homosexuality, I will not work side by side with someone that is an adulterer, a drug addict or a homosexual,” says an anonymous comment in the report.

“I strongly disagree with the repeal of the Don’t Ask, Don’t Tell policy,” says another comment in the report, “I believe it will cause more conflict and more hazing among the military.”

However, the report states, this is probably due to the fact that fewer people in war-fighting units have served with someone they believe to be gay.

“More are left to only imagine what service with an openly gay person would be like – the circumstances in which misconceptions and stereotypes fill the void, for lack of actual experience,” the report states.

Those who do have experience with gay service members in their troops don’t seem to uphold the same stereotypes because of their real experience.

“We have a gay guy. He’s big, he’s mean and he kills lots of bad guys,” one member of the special operations force is quoted as saying. “No one cared that he was gay.”

“It would take a knife out of my back I have had for a long time,” said one current gay serviceman, “You have no idea what it is like to have to serve in silence.”

The full 256-page report found that most military personnel polled would not change their career plans if the policy were changed, yet stressed that education and training to deal with homosexual service members would be a necessary implementation.

“We are both convinced that our military can do this, even during this time of war,” the report states of a possible repeal.

Q & A with Jen Danio

Thu Dec 2 , 2010
Jen Danio begins her first year as an assistant coach with the SUNY New Paltz women’s basketball team in the 2010-2011 season. Danio learned her craft playing for SUNY Purchase, where she became the program’s all-time leading score with 1,868 points. Danio served as the team’s captain during her junior […] 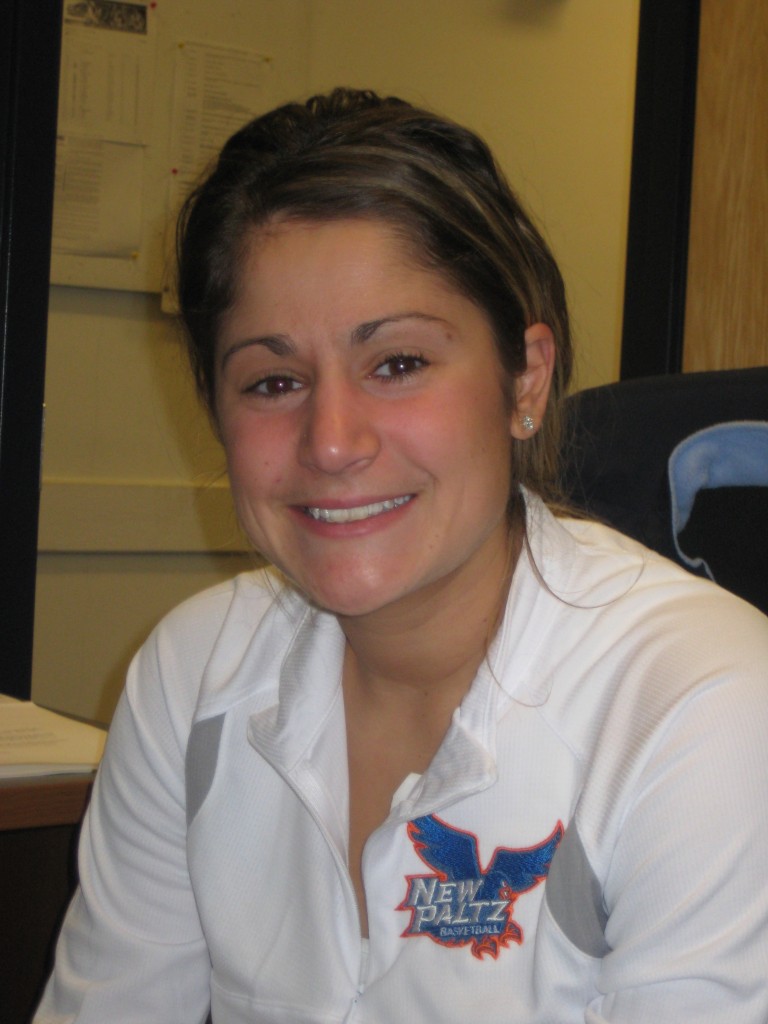