Bill O’Reilly is offensive?  Surprise, surprise. The political commentator caused Whoopi and Joy Behar to walk off set on The View when he said that “Muslims killed us on 9/11.”

A UFO was sighted over Manhattan on Wednesday afternoon. The object was never identified and this story suggests that there will be no official explanation of its presence. Apparently aliens are not nocturnal.

All 33 of the trapped Chilean miners , plus the six rescuers who entered the mine, have resurfaced alive and ready to rejoice.

A live gubernatorial debate will take place on Monday, October 18 at Hofstra University. All seven candidates will be present to add their two cents.

A study done on Stanford undergraduate students has revealed that romantic love can actually block physical pain. “All you need is love”… if you break your leg.

Well-being with Meaning: Just a Thought

Thu Oct 21 , 2010
According to the New York Times, “In 2009, just 26 percent of adults [in America] had three or more servings [of vegetables] a day (including those who count a tomato slice and a lettuce leaf on a burger as a vegetable serving)”……what? (Check out the article) 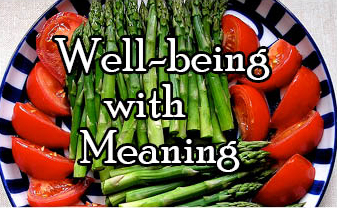