Should a mosque be built just two blocks north of Ground Zero? Supporters cite their constitutional rights to build and pray, and claim that those against it are ignorant to the meaning of the religion of Islam. Opponents believe it is an unethical, insensitive operation, that will cause emotional distress to the families of the nearly 3,000 people who died in the Sept. 11, 2001 attacks. The project, which was introduced on Dec. 21, 2009, has created two opposing sides: one in support of the construction and one against it.

On Oct. 6, a discussion on the issue drew crowds of more than 80 people, almost filling the conference rooms of the Student Union and Atrium basement at State University of New York at New Paltz.

Speakers Imam Salahuddin Muhammad, the Rev. Gwyneth Murphy and the Rev. Ralph Merante gave their opinions of the Park 51 Mosque Project, which is being built two blocks north of Ground Zero. In support, the Students Breaking Racial Boundaries (SBRB), the Muslim Student Association (MSA) and the Men of All Nations United (MANU) were present.

Supporters of the project, like 19-year-old Jonathan Espinosa, a second-year sociology and black studies major, believe that the building of this mosque is essential for religious freedom.

“It is a misconception, there is currently a mosque three blocks from Ground Zero and there used to be one in the South Tower of the World Trade Center,” Espinosa said.

Many politicians and a number of families of 9/11 victims are against the mosque project, because it’s a delicate subject, and an ethical issue.

SUNY New Paltz English professor Mary Fakler stood up and expressed her disliking of the project with tears in her eyes. “There are people in New York and survivors who don’t want it built,” Fakler said, adding that the families of victims are upset because it shows no respect for the people who died on 9/11.

Lisa Pomerantz, the 20-year-old president of SBRB from Oceanside, N.Y., said that the issue is “a chaotic hurricane that took speed.”

All three speakers supported the mosque project. Muhammad, 59, a working preacher at Newburgh’s mosque, said the U.S. Constitution gives Muslims the right to build a mosque that has been approved. As for the location, Muhammad feels that it should not be moved because Muslims also died on 9/11.

According to Muhammad, the mosque, or community center, will encompass 13 floors, including a fitness center, a school, a theater, an auditorium to hold up to 2,000 people, a pool, a culinary section, basketball court, and many other elements. He said that it will be open to everyone like the YMCA. President of the Muslim Student Association (MSA), Aruba Iqval, said that the mosque will show the real face of Islam and educate people on the religion to increase diversity and synergy in the community.

Murphy, a vicar at St. Andrews Episcopal Church and Episcopal campus pastor for New Paltz, said that a meeting was held in the mosque, and that a very diverse group of 3,000 people, not solely Muslims, attended in support of the project.

“Jesus would say tonight… ‘yeah, I’m down with that,’” Murphy said. Merante said that people who disagree with this project do not understand the Islamic religion. Merante described how the extremists and media make it out to be worse than it really is.

Muhammad said that extremists misinterpret the Quran and begin to give it their own interpretation. Extremists would take “kill them wherever you find them,” as a meaning to murder anyone who is not Muslim. Muhammad denounced extremists who fight in the jihad as having no authority.

The media played a major role in the way the controversy started. Muhammad said that the media tends to blame Muslims for 9/11 even though Muslims were not responsible.

“Somebody smart stirred up the sheep because the primaries are coming up,” Muhammad said.

According to Murphy, the media has not informed, but only incited crowds of people. “I’m shocked by the ignorance and prejudice that people have shown,” Murphy said.

People who disagree with the mosque feel that an issue like this that causes uproar should be shut down. Even though there is a chance of the mosque being burnt down, Muhammad, Murphy and Merante are willing to take the risk. Muhammad believes that if an incident were to happen, the religion would benefit from the publicity.

“Believe in education, listening and learning to our brothers and sisters,” Murphy said, adding, “We’re in this together.” 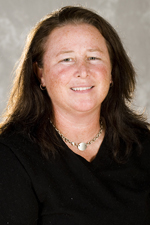