Electoral inspectors opened the polling place doors at 6 a.m., with hundreds of people passing through them before noon.

New Paltz Town Supervisor Toni Hokanson was among the voters. She said the 50 percent turnout in the town was above the national average, but voting numbers could still be improved.

“It’s the most basic right that we have as citizens of the United States,” Hokanson said.

Hokanson, a Democrat, was joined by her Republican neighbor Butch Dener. He had called 300 people to encourage them to vote. Their political differences didn’t stop the pair agreeing on one thing — everyone should get involved in the election.

Indeed, there were first time voters.

Tara Laughlin, 46,  had never voted in a midterm before. She said she is a lot more politically active than she used to be. “I’ve been unemployed for two years and the decisions they make, I don’t know who they make them for, but they’re not making them for the people,” she said.

Other citizens were also changing their behavior. One 70-year-old devout Democrat said he switched his vote to the Working Families Party.

“The Democratic Party is moving center and I want to say no, stay progressive. I thought that was how I could convey that,” he said.

Many voters said higher taxes without an increase in wages or benefits was concerning. They also listed health care, the environment, and education as areas needing attention. Some people, like Jim Gordon, highlighted how issues were linked. The local writer said the economy and the environment were crucial for the future.

Voter tactics for selecting the best candidate ranged from months of arduous research comparing policies, to a more simple approach.

“I just want to keep the Democrats in,” said one middle-aged man who wished to remain anonymous.

All voters said they would be closely following the election results, mostly from online sources or on television.

Wed Oct 20 , 2010
As 9 p.m. rolled around and polls closed throughout New York, Ulster County Democrats anxiously awaited the results of the midterm elections. Nervous excitement quickly turned to enthusiastic cheers when unofficial results were projected onto a large screen at the Holiday Inn in Kingston. The projected results showed incumbents Ulster […] 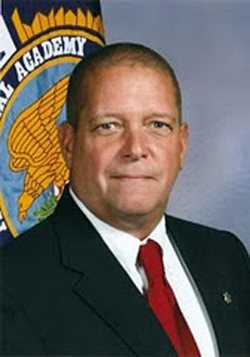