Underage drinking has generally been an assumed part of college life. While this is no different at SUNY New Paltz, the New Paltz Police Department is determined to combat the problem.

“We are not going to eradicate the problem, but we can do our best to keep a tight lid on it,” said New Paltz Lt. Steve Osarczuk.

In the early morning hours of Aug. 28, the local police department attempted to address the issue with a special enforcement detail that resulted in the arrest of 25 individuals for drinking related charges such as using fake identification to get into bars, police say. According to police, 15 of the defendants were underage and SUNY New Paltz students accounted for 11 of those arrested.

“We conducted a ‘street sweep’ to send a message that we will not tolerate quality of life issues that drinking brings,” said Osarczuk.

According to Osarczuk, the undercover officers looked for patrons who had a stamp and approached those who appeared to be underage, asking for their identification. Osarczuk said those who didn’t have any identification were removed from the bars while the police conducted investigations to find out who they were and how they managed to enter the bar.

According to the police, those who were in violation of the law were brought to the station but released with a ticket to later appear in New Paltz Town Court.

Police say the street sweep was designed to deter underage drinking, public intoxication, yelling, public urination and vomiting that hurt the quality of life for New Paltz residents. Osarczuk said that underage drinking is an unnecessary burden on law enforcement and medical aid because it takes attention away from other problems.

“It happens more times than it needs to happen,” Osarczuk said in reference to the hospitalization of those who abuse alcohol.

Jane (not her real name) is a 19-year-old junior who was arrested in the sweep. In the early morning of Aug. 28, Jane was approached inside P&G’s by an undercover officer who asked for her identification. Following a search of her wallet, the officer found an ID that Jane had been using since freshman year to enter bars.

“When the officer approached me I was shocked, scared and nervous. I kept thinking ‘I can’t believe this is happening,’” Jane said.

Jane was brought to the police station, where she filled out paperwork, was handcuffed, finger printed and had her photo taken. Jane was charged with criminal impersonation, a misdemeanor. She appeared in court on Tuesday, Sept. 14, and after talking to the judge for what Jane said was only two minutes her misdemeanor was brought down to a disorderly conduct violation and a $150 fine. Her fingerprints and photo were sealed and taken off of her record.

Despite being relieved of the charges, Jane said that the message was well received.

“I am definitely not walking into a bar until I’m 21,” Jane said.

But Jane also said that the message will probably be ignored by those who were not directly affected by the raid.

“I think the only people it will affect are those who were arrested; everyone else will still take chances,” Jane said

Osarczuk said the police department will continue to curb underage drinking in the community through “street sweeps” and “bar checks” to ensure the establishments are staying in compliance with the law. Osarczuk said the police will continue checking IDs until the message is received by all.  He refers to alcohol as a “legalized drug” that can incapacitate if abused. Osarczuk said the problem with drinking in college communities is that for many young people, the adjustment to living on their own and the easy availability of alcohol is a “bad combination.”

Osarczuk said that underage drinkers lack the necessary experience to make the appropriate decisions and know their limits. If someone goes beyond his or her limits, Osarczuk says they may become defenseless victims to assault or sexual crimes.

To address the issue, Osarczuk said the police, school district and community are working together to construct a system that will replace the D.A.R.E. program whose funding was cut because the state deemed it ineffective. Osarczuk said the program will be based on an updated curriculum that will be more localized than previous programs.

As the year goes on there will continue to be a constant struggle between police trying to enforce the law and underage drinkers testing their limits. 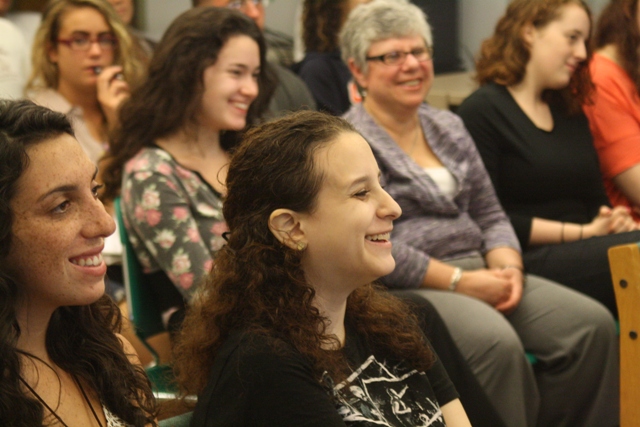