Do Polaroid pictures come to mind at the mention of the name Andy Warhol? Most likely not; however, Warhol did experiment with this art form, as shown in a recent exhibition at the Samuel Dorsky Museum of Art (SDMA). Despite being a prominent pop artist, commercial illustrator and one who enjoyed socially exclusive circles, Warhol also had a significant collection of Polaroid and black and white photographs. Some of these are shown in the SDMA exhibit in the Sara Bedrick Gallery entitled “Andy Warhol: Private and Public in 151 Photographs.”

Thanks to the Warhol Photographic Legacy Program, these photographs are on display at the State University of New York (SUNY) at New Paltz museum, showing a different side of Warhol and his contributions. According to museum representatives, the exhibit “focuses on Andy Warhol’s exploration of the interconnections between private and public life as seen in a group of Polaroid and black and white photographs made by Warhol from 1970 to 1986.”

Student reaction to this display varied. Samantha Neff, a fourth-year visual arts major, thought the arrangement of the exhibit could have been set up differently.

“I personally don’t like the way it’s organized with the black and white and color photos together,” she said. “Just don’t care for the way it’s broken up.” Warhol’s black and white collection seemed to highlight people performing everyday tasks. One man was carrying a chair; three others were having a conversation. One notable black and white was of a toilet.

Warhol’s assortment had quite a few nameless subjects, simply put “unidentified man or woman.” It also highlighted how meticulous he was in capturing just the right pose. Many pieces, like the Gabriella Buontempo, 1986, were a collection of headshots.

Director of the Samuel Dorsky Museum of Art, Sara Pasti, was thrilled to have this collection. She felt it important that students and faculty worked together on gathering the research for this exhibit.

Upon looking at the block portraits, like the Buontempo piece, she commented that people don’t realize that hundreds of photos were taken to get the real one. Warhol was “such a meticulous artist,” she said.

Sat May 1 , 2010
“Get down and give me 20! One and two and three and four. You can do it! Don‘t give up.” These are the words of a personal trainer at the Wellness & Recreation Center at State University of New York (SUNY) at New Paltz, one of several seeking to help students signed […] 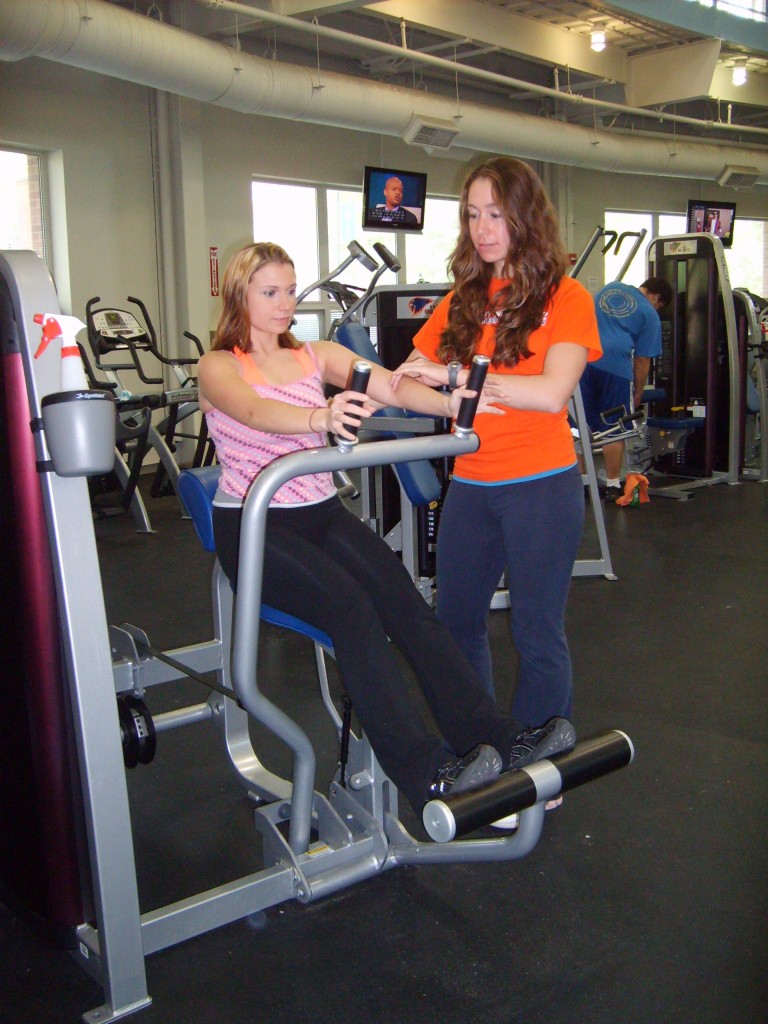