Since 2003, Invisible Children, a non-profit organization based in California, has been raising awareness about human rights violations in Uganda. New Paltz students have done their part in supporting this group since 2008 when they started their own branch of Invisible Children on the college campus.

“Our plan is to bring awareness to campus, students and the New Paltz community,” said Arantza Urruchua, a third-year student and head of public relations for the club.

“We had to do a project on child soldiers and Lauren got really concerned about it,” said  Urruchua. “She researched it and came across Invisible Children and asked me if I wanted to help her start a New Paltz chapter.”

Invisible Children focuses on ending conflict in Uganda by rebuilding schools, educating future leaders and providing jobs. A main focus of the group is to help child soldiers who have been kidnapped by Lords Resistance Army (LRA), a militant group based in northern Uganda. These children are taken away from their families and forced to kill civilians.

According to the Invisible Children website, the LRA was started by Alice Lakwena, a Ugandan woman who believed the Holy Spirit spoke to her. She said the Holy Spirit persuaded her to try and overthrow the Ugandan government. She was exiled and Joseph Kony took over, claiming to be Lakwena’s cousin. However, he did not receive the same support and has resorted to using children in his army.

“Children need to go outside of the cities to sleep and then wake up in the morning and walk back to go to school just so they wont get abducted by the LRA,” said Cami Tillman, secretary of the New Paltz club.

These children are called night commuters and they walk up to 12 miles a day to protect themselves. Invisible Children hopes to eradicate the LRA and rescue all of the child soldiers.

The New Paltz chapter has about 20 members who meet weekly and discuss ways of helping the struggling country. To help raise awareness, they hold film showings, events and fundraisers. Representatives who travel around the country to talk about Invisible Children, also known as “Roadies,” have come to New Paltz to show film footage of northern Uganda.

“We hosted at Fat Bob’s to try to raise money, just asking for donations, and people gave to support the cause,” said Julia Wilson, a third-year history major. They also have arranged special guest speakers to talk about the harsh war conditions. On April 26, Ofonyo Innocent, a former night commuter, is coming to campus to speak about his experience on hiding from the LRA in Uganda.

Since the start of Invisible Children, huge strides have been made in their efforts to help the Ugandan society. Night commuting has ceased and the LRA is now operating outside of northern Uganda. Nevertheless, large issues still exist. Since the LRA started attacking, the Ugandan government moved civilians into displacement camps in hopes of providing protection. However, these camps are overly crowded and poverty-stricken and people often die from disease.

Yet, those involved with Invisible Children said they will not stop trying to raise awareness and are always looking for new people to get involved.

“I think people get discouraged because it seems like such an overwhelming problem,” said Urrachua “but [Invisible Children] gives you hope because it tells you how to help.”

Sat Apr 17 , 2010
Eli Davis Siems has been smoking for two years. When he was a high school student, everyone used to smoke after school and during lunch breaks. Today, the first-year English major smokes four to five cigarettes a day—two packs a week—mostly after class or a meal. In a 2008 National Survey on Drug […] 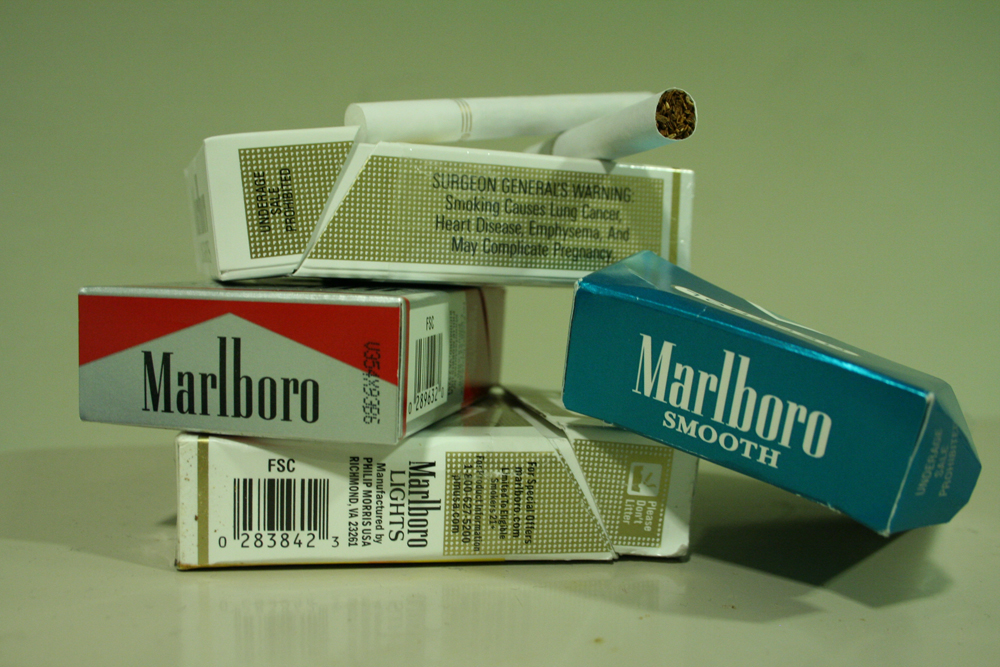