This semester, the New Paltz Rugby Football Club will celebrate its 25th anniversary, and the team is looking to improve on past disappointments.

A year ago, the team had their entire exhibition season suspended after a number of off-the-field incidents involving club members. They followed up with a winless season the semester after.

Now the club will be dropping a division to Division II after the Metro New York Rugby Football Union reorganized its divisions, preparing to play smaller schools.

The team has upped their practice routines to get bigger and better for this season, participating in conditioning workouts like running and sprinting on Mondays, Wednesdays and Thursdays. On Mondays, Thursdays and Fridays the team practices hitting drills and simulations to prepare for Saturday games. In between this, players try to get out to the gym as often as they can.

Coach Chris Cantiello said he admires the dedication of his team and thinks it will help them reach new heights in the future.

“We have a heavy commitment from our guys,” he said. “I think we can have an all-out winning season this year.”

New Paltz Rugby 2010 Preview from The Little Rebellion on Vimeo.

Walking Out of the Shadows

Thu Apr 22 , 2010
For his lighting design work on the set of the SUNY New Paltz production “Red Masquerade,” the United States Institute for Theatre Technology (USITT) recognized fourth-year student Mark Krasnov for his excellence at its annual conference for theatre industry professionals. At the USITT design expo in Kansas City, M.O., with […] 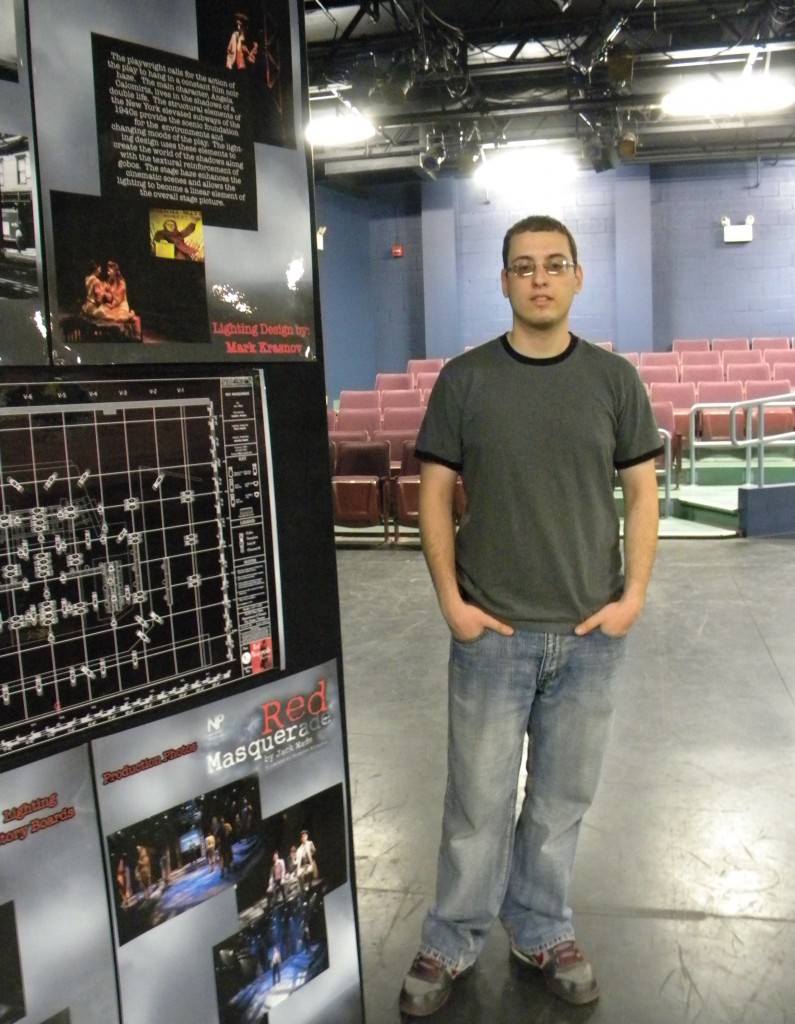