Evolving from a club to a recruiting class, the Women’s Lacrosse team at the State University of New York at New Paltz has come a long way as the team progresses on the varsity level.

In March 2008, informational fliers were put up on campus about a lacrosse club that drew in nearly 60 girls. The numbers dropped once word got out that there was a significant amount of running and contact involved. A solid group of more fanatical girls from different backgrounds and skill levels formed, including fourth-year captains Helene Rotolo and Courtney Neenan, giving way to the first official season in 2009.

The Lady Hawks show dedication by devoting four days a week to practice and back-to-back SUNYAC games every Friday and Saturday, leaving Sunday to rest and catch up on their studies.

“We move from drill to drill without stopping for a water break,” said Coach Heather Semelmacher. “Water is brought to every drill and after each drill we put together everything they’ve learned in a mini-game or scrimmage.”

Semelmacher said she tries to keep focus on a three-way game plan: concentrate on the midfield, mark up with your man and always keep the feet moving.

“The feet have to consistently be moving because they have to realize that the ball moves faster than their feet,” said Semelmacher. The average girl is running over three miles a game, not including warm-ups.

Communication is key in a fast moving sport like lacrosse, making the practices very vocal to allow for regularity in training. Since this is the first year of recruits, players’ skills range from intermediate to extremely advanced, creating a difficult challenge in bringing them all together as a unit.

“They have a lot of heart and soul and really want to win,” said Semelmacher.

Since this is the first recruiting class, the group hasn’t really played together. They don’t have four years of recruits creating confidence in each other as a team, but the goal to break down those barriers is, according to Semelmacher, “to play as a unit and play together, and if we can do this, the wins will come.”

Participating in activities that create quality-bonding time is one strategy the team tries to implement in order to build confidence in each other. Activities create traditions to be passed on from year-to-year as the team continues to grow. The girls even have family dinners and secret sisters.

“They participated in the ‘Think Pink’ event here in the gym and had to represent all things breast cancer,” said Semelmacher.

Keeping traditions is just one of the ingredients in the secret sauce these girls have conjured up to develop a long-lasting program. There have been bumps in the road to becoming more than just a club that have been smoothed out in numerous ways, including the addition of a new assistant coach, Brian Praetorius.

“I have known Brian since Saugerties High School,” Semelmacher said. “[that’s] where I coached him, so I have been able to see him as a player and watch him grow as a coach.”

In addition to the dedication of Rotolo, Neenan, Semelmacher and Pratorious, the support the girls receive from the fans is a main driving force in coming together as a unit and building confidence.

“We appreciate the support we have gotten from the Athletic Department, the college president and vice president as well as Vice President of Student Affairs Dave Rooney,” said Semelmacher. “We look forward to feeding off of the continued support and growing from it.”

Fri Apr 16 , 2010
Whether global warming is real or a fallacy, it never hurts to be efficient in the automotive realm. Automotive companies are striving to become more efficient, though not by choice. The Environmental Protection Agency (EPA) and the National Highway Traffic Safety Administration (NHTSA) are forcing car companies to raise their standards. Starting in 2012, fuel […] 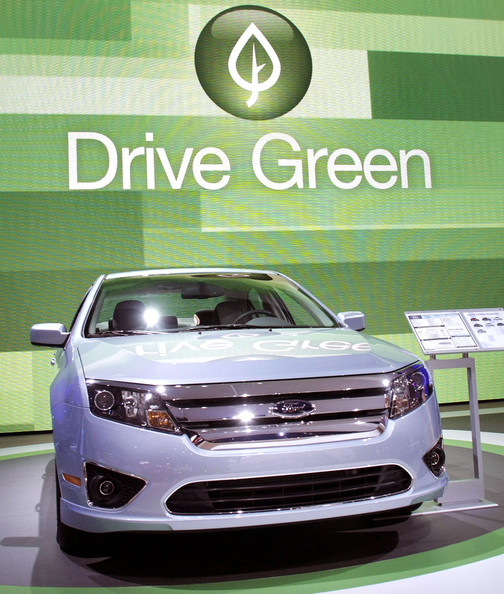