Deana and I were laughing about something Jeff had said when his green Chevy Trailblazer hit the deer. The laughter stopped, and with only one headlight beaming, we walked outside to check the damage.

The grill was bent and bloody hair was sticking out of it. We saw the limp deer lying several feet behind the Trailblazer.

Several cars whizzed by as we tried, without luck, to get a cell phone signal on the remote road in the Catskills. We didn’t know how long we’d have to wait. It was cold up there.

He popped open his trunk and took out some supplies – a heavy, skull-crushing black flashlight, triangular orange road reflectors and a neon yellow vest with orange striped reflectors. He placed the orange triangles around the bruised Trailblazer.

He slipped on the vest and turned on the flashlight to investigate the deer.

The deer was not yet dead. He grabbed the deer’s hind legs and dragged it to the side of the road, where he kicked it in the head. The deer was dead now.

The mountain man came up to Jeff’s window.

“The police should be here soon,” he said. He must have called them on a walkie-talkie or another special device. While I pondered over this issue, he got into his car and drove off.

Jeff started scouring through his car. He found lost paychecks from the summer before. He found college letters, which he read aloud – first, his rejection letter from the University of Florida, then his acceptance letter to the State University of New York at Delhi.

Deana reminisced about the time in February when Fabio, her Eddie Bauer SUV, fish-tailed a few miles from Delhi and rolled over twice. I was a passenger that time, too.

“Yeah, well, you were the one driving.”

“I still wanted to sue the school. They shouldn’t have let us out with snow on the ground. Michael wasn’t even wearing a seat belt. My mom could have lost two kids that day! Fabio saved us. I thank Jesus every day for saving my life.”

I just wanted the police to finally show so she would shut up.

Help From the Hasbrouck Family

Wed Apr 28 , 2010
Alton Campbell is a Hasbrouck employee by day, graphic novelist by night. He disguises himself with a blue or orange shirt and matching visor. He quietly serves students salad, and refreshes cheese by the panini machines. When he goes home, he enters a new world—a post-apocalyptic world—where a hero with […] 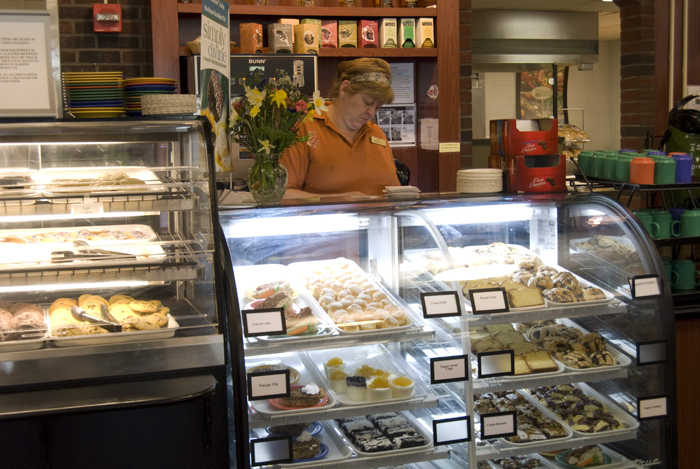