On Sunday evenings, employees at Backstage Café at Parker Theater are required to discard all food not sold over the weekend. When the café closes at 6 p.m., shelves are cleared and containers of premade salads, sandwiches and pastries all go in the trash.

Food waste on campus happens daily. Although Hasbrouck Dining Hall is taking steps to reduce food waste, there is a significant amount of food thrown in the trash everyday.

“We are serving food banquet style. The food has to be prepared in a large quantity. We don’t work restaurant style, so we need to have an X amount prepared for any certain time,” said Allison Jackson-Stevenson, a supervisor at Hasbrouck. “People are not ordering food; they don’t expect to wait in line.” “At Hasbrouck, if 30 trays of lasagna are cooked for one meal, all the leftover must be thrown away at the end of the day,” said Steve Deutsch, executive director of Campus Auxiliary Services (CAS). “The stuff that is sitting out can’t be served again and must be trashed because of food safety laws.”

Food safety laws prevent donation of food that has been cooked because it cannot be reheated.

“We’ve looked into donating our leftover food to Family of New Paltz but they can’t take it,” Deutsch said. “If they accepted the food they would be responsible for its contents.”

According to the Federal and New York State Good Samaritan Laws, an organization is protected from liability when donating to a non-profit organization. They protect civil and criminal liability should the product donated, in good faith, later cause harm to the needy recipient.

It’s not the laws that are preventing Sodexho from donating food to local pantries, “They are just afraid of lawsuits in the case that some contaminated food was served or something else went wrong and they became liable,” said Katy Kondrat, a senior at New Paltz and the president of Sustainable Agriculture Club. “You can notice the portions are smaller than last year because many students don’t want so much food,” Perez-Rogers said.

Hasbrouck uses batch cooking to prevent food waste. Trays of food are semi-prepared so the food can be cooked on a need basis, instead of large, arbitrary estimates.

Innovative methods are continually in the works to eliminate food waste. This semester, CAS and Hasbrouck are participating in a trial composting program, largely pushed by last year’s Environmental Task Force and members of the CAS board. The composting program has arrived after years of deliberation.

“Guidelines for food safety have to be followed. The best solution for us is composting; whatever is leftover at Hasbrouck goes into the compost bins,” Deutsch said.

The one-year contract with Greenway, a for-profit company based at Vassar College, is helping Hasbrouck deal with food waste in a more sustainable way. Greenway uses saw dust and wood chips in the composting process, enabling all the Hasbrouck food, including dairy and meat, to be composted.

“The material that Hasbrouck generates is ideal for Greenway because we don’t use packaging,” Perez-Rogers said. “The only pieces are maybe cracker wrappers or small Jello cups, our other dining ware is washable.”

Members of Students for Sustainable Agriculture said they want to see an institutionalized composting program for the entire campus.

“As supporters and advocates for ecosystem health and sustainable food systems, we find the huge amount of food that is wasted on campus to be a very big, but avoidable, problem,” said Katy Kondrat. “Contrary to popular belief, it is not difficult to have an institutionalized system of composting, and it is very simple once the infrastructure is in place.”

Thu Mar 11 , 2010
As the second half of the spring semester approaches, SUNY New Paltz clubs and organizations must prepare to meet deadlines to file for funding from the Student Association (SA). Acquiring money from SA is a process. Organizations will need to submit a budget request by March 22 for next year’s […] 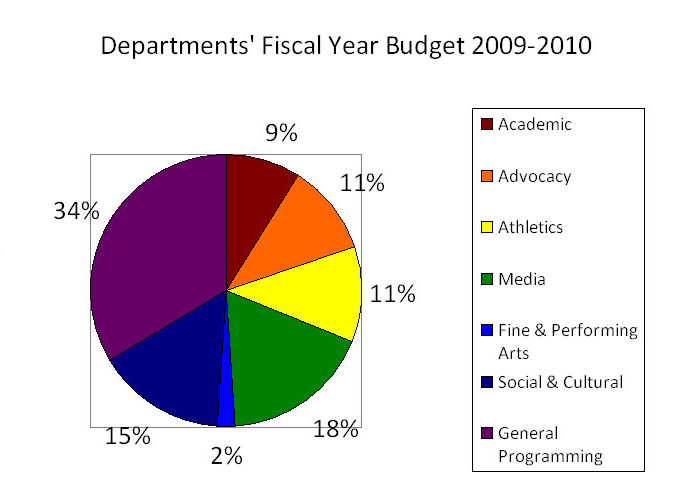