Idris Tawfiq was once a Roman Catholic priest and teacher in Britain. Today, he is a devout Muslim living in Egypt. Since his conversion, he has spent his time traveling around the world to tell his story and promote interfaith dialogue and religious understanding. On March 3, during Tawfiq’s first trip to the United States, he came to SUNY New Paltz for Islamic Awareness Week, sponsored by the Muslim Student Association.

“I didn’t get any negative feedback from anyone. Everyone loved him.” Even she learned from Tawfiq, saying he taught her to be more patient and steadfast. “I really look up to him,” she added.

Tawfiq also made a good impression in the community. On March 4, he met with Reverend Gwyneth MacKenzie Murphy, Vicar of St. Andrew’s Episcopal Church and SUNY New Paltz chaplain. Every Wednesday St. Andrew’s holds a lunch group for parishioners to discuss religious issues.  On that day, Tawfiq was their guest.

“People were very interested in meeting him,” Reverend Murphy said. “They were very glad he was there.”

Tawfiq described his departure “like a death and a divorce and your house burning down all rolled into one.”  Although Tawfiq said he enjoyed being a priest for nine years, he wasn’t satisfied.

“My heart was lonely.  I didn’t know what it was lonely for, but my heart just didn’t feel right.”  He had not planned to change his religion. All Tawfiq needed was a vacation.

With little money to spend, he searched for the cheapest getaway − Egypt.  For £115, today worth roughly $172, he set off to the resort town of Hurghada on the Red Sea. Within hours of arriving, he found the town to be all too familiar.

“It was just like any European beach in Spain or Italy, and that’s not what I’d gone for,” he said.

He chose to buy a bus ticket to Cairo, Egypt’s capital. Tawfiq knew nothing about Egypt and had never met a Muslim.  He even admitted to having preached about the evils of Islam. He left Egypt after a week with a new perspective.

The first Muslim Tawfiq met was a young teenage boy selling shoes in the street.

“It really touched me,” he said of the boy’s kindness. Every day, Tawfiq learned basic conversation as he walked past the boy. The boy responded to Tawfiq’s greetings by saying “Alhamdulillah,” which translates to “praise be to Allah.” The boy’s faith amazed him.

Tawfiq’s other experiences in Cairo had an impact as well. While in Ramses Station, the main railway station in the city, he witnessed men dropping to their knees as the call to prayer sounded.

“Imagine that at Grand Central Station,” he said.

On his last day, Tawfiq was in a busy café when, again, the call to prayer sounded. Everyone got up and walked across the street to the mosque. Even the man looking after the register left, according to Tawfiq.

“There I was, left sitting in the café on my own with all the money,” said Tawfiq. “I thought, wow, this is unbelievable.”

He left Egypt in disbelief.  He said he had never seen people with such faith in God.  What’s more, his stereotype of Muslims was debunked.

“If the week taught me anything, it taught me that Muslims weren’t these raging fanatics— they were very ordinary people,” he said.

Back home in London, Tawfiq landed a job as the head of religious education in what is known as a state school, which is funded by the government and free for students. His job was to teach students about Christianity, Judaism, Hinduism, Sikhism, Buddhism, and Islam. This new position presented Tawfiq with a challenge. He knew well the teachings of Christianity and some of Judaism, but knew nothing about the others.

“Sometimes I had to spend the previous night getting the books out, reading all about Islam to teach the kids the next day,” he admitted. In addition, there was added pressure to get things right. Many of his students were refugees from North Africa and the Middle East.  They were Muslim and were quite familiar with the Islam faith.

A turning point came in September, the holy month of Ramadan for Muslims. Some of Tawfiq’s students came to him and asked if they could pray in his classroom. He ran the idea by the school’s headmaster who gave Tawfiq only one stipulation: he must be present during the prayers to ensure that nothing was stolen because theft, violence, and drugs were common in the school.

“The first few days I paid no attention at all, marking my books, preparing my lessons,” Tawfiq said of his attitude toward the students’ presence. He soon, however, did start paying attention.

“I secretly went off to the Internet and I learned [what] the words [meant] that they were saying.”  By the end of the month, Tawfiq had memorized the prayers.  He even went so far as to join his students in the month-long fasting.  It was a show of solidarity.  Still, Tawfiq had no plans to become Muslim.

A couple of months later, Tawfiq chose to do more.

“I decided it was time for me to learn more about Islam,” said Tawfiq. “Not for the kids this time, but for me.”

He began attending Saturday talks at London Central Mosque.  These talks, Tawfiq said, are intended for new Muslims as well as people simply interested in Islam.  The last talk would change Tawfiq’s life.

That week’s speaker was Yusuf Islam, the famous singer-songwriter formerly known as Cat Stevens.  Tawfiq confronted Islam at the end of the discussion and asked him what the requirements are to become Muslim.  Islam told him that Muslims believe in one god, pray five times a day and fast during the month of Ramadan.  Tawfiq had always believed in one god, he learned the prayers from watching his students, and had already fasted.  Islam told him what he was quickly coming to realize − he was Muslim already.

According to Tawfiq, the call to prayer then sounded in the mosque and everyone left the room to pray.  Tawfiq followed and stood against the back wall of the prayer room.

“I cried like a little baby against the back wall.  It was obvious… I wanted to be Muslim,” he said.  “When the prayer finished I went to Yusuf Islam and I said I want to be Muslim.”  People surrounded Tawfiq and congratulated him.

A year and a half later he found a job in Egypt and decided to return.  Except this time, he would be staying permanently.  Soon, the Imam, the leader of Tawfiq’s local mosque, who also worked for a publishing house, asked if he’d be willing to come and talk about his conversion to Islam.  Tawfiq agreed.  After hearing his story, the publishers thought Tawfiq should write about it for publication on their Web site.  He decided instead to write a book.  Gardens of Delight: A Simple Introduction to Islam was published in 2007.  Its target audience, says Tawfiq, was his English friends living in Egypt who were uninformed about Islam just as he used to be.

Today, Tawfiq is a columnist for Egyptian Mail, Egypt’s oldest English language newspaper as well as Sawt Al-Azhar, the newspaper of Al-Azhar University in Cairo. In addition to Gardens of Delight, Tawfiq has written a six-book series called Ask About Islam as well as Looking for Peace: in the Land of the Prophets.

Following his visit to New Paltz, Tawfiq embarked on a tour of New York that included speaking engagements at Stony Brook and Hofstra University. He also visited the Hudson Valley Islamic Community Center in Mohegan Lake, Andalusia School in Yonkers, Al Noor School in Brooklyn, and a youth center in Brooklyn run by the local chapter of the Muslim American Society.

Traveling to tell his story is only half of Tawfiq’s job description.  He also tries to advance understanding and respect between Muslims and non-Muslims.

“One of the biggest problems between Islam and the West or Islam and non-Muslims is just a lack of understanding,” Tawfiq said during an event on March 2.  “People really don’t have a clue what Islam is.”

Arabs, according to him, are told that America wants to control the world.  There are no laws; people can do whatever they want.  Americans meanwhile, are inundated with stories of suicide bombings and firefights in Iraq and Afghanistan, which over time have perpetuated a belief that all Muslims are radicals, militants, extremists, and terrorists.

Thu Oct 1 , 2009
So now I was at George Washington’s Revolutionary era headquarters in the dilapidated downtown area of Newburgh, New York. About 20 parents and children were packed tightly into what used to be Washington’s dining room. Washington spent 16 and a half months here with his wife and troops waiting for […] 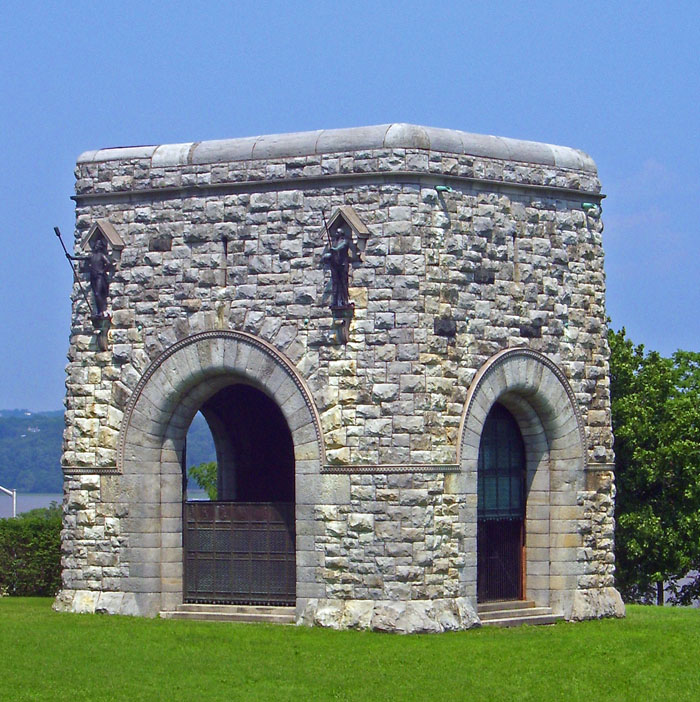