Students at SUNY New Paltz scheduled to finish their degrees in December 2009 will not have the option of commencement at the end of the year.

According to Director of Media Relations Eric Gullickson, the college has been faced with multiple cuts in its base operating budget and financial action had to be taken so as to not affect personnel or students’ education. He also said that the administration acknowledges that this was not a desirable decision.

Gullickson wants to assure all students that their quality of education will not be altered by the cancelling of the December commencement. He also said that the administration is not taking away the student’s ability to walk in the ceremony because they are invited to participate in to May 2010 ceremony. According to an article in the New Paltz Oracle, approximately 500 students, including graduate students, participate in the December commencement each year, while the SUNY New Paltz website states that 863 undergrad students will participate in the ceremony on May 17.

“We understand it’s difficult for the students; however, we tried to make cuts in areas where we weren’t affecting personnel,” Gullickson said. He also told The Oracle that eliminating the December commencement would save about $100,000 a year.

Gullickson said that the school will continue to evaluate the situation.

“I heard that there was a petition being signed to save commencement, part of it saying that the students themselves would set up the chairs,” Gullickson said. “The suggestion of students getting more involved and having smaller ceremonies are good dialogues that need to be considered.”

Gullickson said such ideas would be considered as long as the college is not put into a compromising situation that will affect the budget plan.

Some students who aren’t scheduled to graduate in December said they understand the pros and cons of the college’s decision.

“I understand the financial reasons for cutting it, especially during a time in which we’re not getting as much money, but at the same time it’s really disheartening…and not a really good option,” said graphic design and black studies third-year student Saki Rizwana.

Rizwana said it will ultimately be up to the individual student to decide whether to return in May. August graduate Marissa Green, a sociology transfer student, isn’t concerned with the commencement cut.

“I don’t feel like walking in the ceremony is that important and I don’t want to have to wait until May 2010 to walk,” said Green. “I came here to get in, get out, and get on with my life.”

Environmental studies and sociology senior Jenna Dern will be walking in May and said she doesn’t agree with the way this situation is being handled and understands the frustration of the students.

“Who knows how many years that everyone [who will graduate in December] has been here and they deserve to have a graduation ceremony that they can participate in,” said Dern.

She said that most of her friends who live outside of the area are deciding not to return next year to participate in the spring ceremony.

“Most of them move out after graduating, so returning would be just obsolete,” she said.

Gullickson said he hopes that December commencement will return when the economy gets better.

Thu Apr 30 , 2009
In the midst of two important file-sharing trials, students at SUNY New Paltz are still losing their internet access for illegally sharing files on campus. Steven Pomoryn, a third-year business major, lost his internet access for two days after he accidentally left BearShare, his peer-to-peer program on, and uploaded “The […] 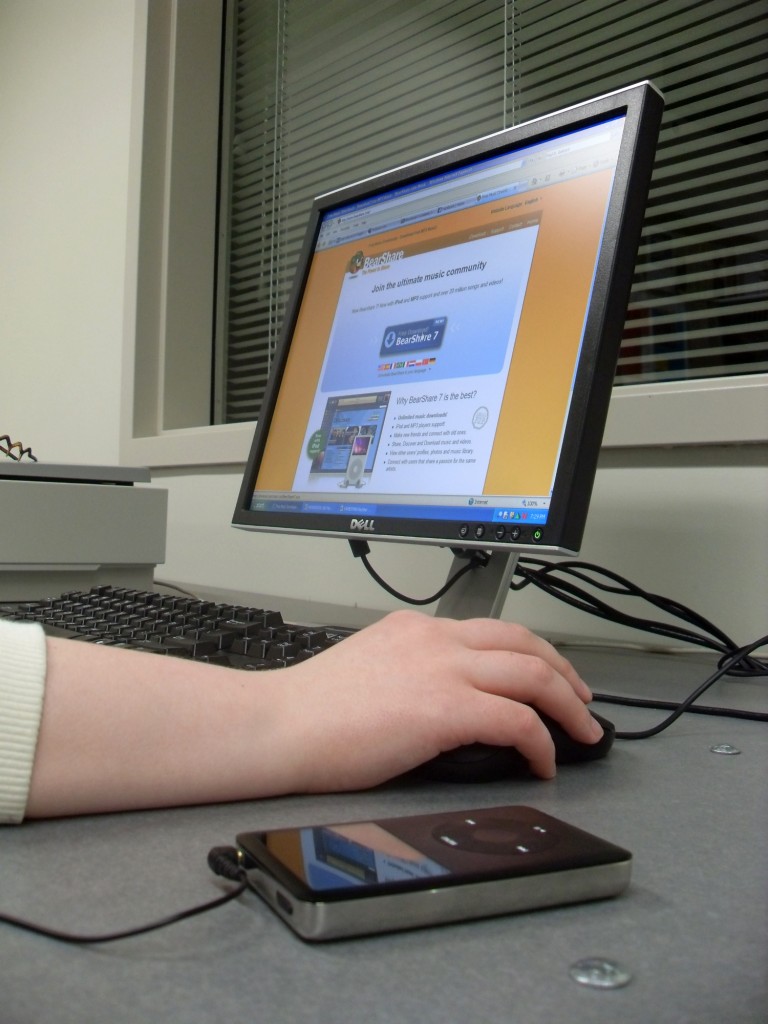