When Kate, a women’s studies professor at SUNY New Paltz, was a senior in high school she became pregnant. For Kate [not her real name] the choice was clear: she needed to get an abortion.

“I wasn’t about to tell my parents,” said Kate, whose mother eventually found out about the pregnancy. Reflecting back, Kate says she felt “lucky” that her mom found out since she took her to a private doctor to receive treatment, but says she to this day has not told her father about her decision. “He wouldn’t understand,” she said.

Across New York, as well as many other states, many women find themselves in a situation like Kate’s: they need an abortion, and for any number of reasons, they are afraid to tell one or both of their parents about it. Currently, according to the Alan Guttmacher Institute, a non-profit organization that provides information about sexual and reproductive health, there are no laws in New York State that require minors to notify or get consent from their parents in order to get an abortion, but this hasn’t stopped right to life advocates-those who oppose abortion-from fighting to have these laws put into place.

The fight between right to life organizations and pro-choice advocates surrounding the issue of parental consent has been fought at the state level in New York since 1992, when the Federal Supreme Court Case Planned Parenthood V. Casey upheld (among other restrictions) the constitutionality of separate states to keep in place parental notification or consent laws. In an analysis of the case in a PBS “Frontline” special, Jack Balkin, a professor of Constitutional Law at Yale University, said the case “signaled to state legislatures around the country that they could impose greater restrictions on abortion than the Supreme Court had been willing to uphold before. And states responded.” The response Balkin cited has resulted in 34 states requiring either parental notification or consent, according to the Kaiser Family Foundation, a group that provides state health info.

According to Suzanne Kelley, another professor of Women’s Studies at SUNY New Paltz, notification laws have “chipped away” at Roe V. Wade, the 1972 Supreme Court case that legalized abortion. “[Roe V. Wade] is too weak of a law,” she said, “and these notification requirements in various states are proof of that.” But for right-to-lifers, the laws are seen as a necessary tool in preventing abortion rates in a country where it the procedure is legal.

New Yorkers for Parental Rights, a group that, according to its Web site aims, to “slow the erosion of parental authority in the lives of children”, is one right to life group that’s been working to stop New York State bills that keep parental notification laws from being put in place. The group was formed to fight against the Reproductive Health and Privacy Protection Act (RHAPP), a piece of New York State legislation introduced by former Gov. Eliot Spitzer. According the National Abortion and Reproductive Rights Action League (NARAL), a national pro-choice group, the RHAPP legislation would “take the principles underlying Roe V. Wade and put them squarely into New York State Law,” specifically protecting a woman’s right to privacy surrounding her pregnancy.

According to Jessica Shanahan, the president of New Yorkers for Parental Rights, the legislation is “extreme.” She says it would “remove necessary safeguards” surrounding abortion, as well as keep in place laws that provide abortions for “girls who need a note from parents to receive Tylenol at school.”

Shanahan recently accepted the Henry J. Hyde Defender of Life Award, an award given to New Yorkers for Parental Rights by right to life group Americans United for Life. Upon receiving the award, Shanahan said, “Unless more pro-life legislation is enacted…we will not continue to see a reduction in abortion in our country.”

However, Kate says these kinds of statements have lead to the common conception that pro-choice advocates are “pushing for everyone to go out and have an abortion.” The reality of the situation, she says is ‘that we’re all just trying to get the numbers down.” Kate went on to say that this is something she thinks President Barak Obama, who is pro-choice, understands.
In the third presidential debate, Obama said that he was “someone who thought Roe V. Wade was rightly decided,” but went on to say that “there surely is some common ground when both those who believe in choice and those who are opposed to abortion can come together and say, “We should try to prevent unintended pregnancies…”

But it is unlikely that right to life groups will see parental notification laws instated as a means of doing so. Rather, says Robert Haskins, a Poughkeepsie-based lawyer and professor of reproductive law and policy at SUNY New Paltz, Obama will be more likely to give more funding to programs and organizations, such as comprehensive sex education programs, that seek to prevent unwanted pregnancies. But the piece of legislation that will do the most to anger right to life groups is the Freedom of Choice Act, a piece of legislation Obama is sponsoring.

The act, which Obama said he would sign as the first thing he did in office, would ban all restrictions and limitations on abortion prior to fetal viability, the point at which a fetus can sustain life independently. Effectively this means that parental notification or consent laws would no longer be legal.

Wed Feb 18 , 2009
By Nicole Papantoniou   He promised her they would go to her prom because they blew off his.He wasn’t interested, but she really wanted to go. “I guess it’s no big deal,” she told him.“We’ll always have next year.”They had been a couple for two-and-a-half years by that point. She […] 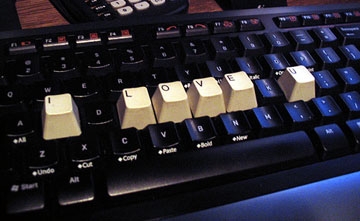