A volunteer at the Catskill Animal Sanctuary in Saugerties, NY describes the life of former carriage horse, Big Ted, to a group touring the sanctuary during the fall. Big Ted pulled handsome cabs in New York City, plowed fields for the Amish in Pennsylvania, hauled logs through the forest for a logging company, and was sold to a riding camp where he was housed in a straight stall barely wide enough for his body. When Big Ted was too old for work, he was sent to auction where he would have been purchased for slaughter. The average work like of a carriage horse in New York City is four years. Big Ted is one of several horses rescued and currently cared for by volunteers at the Catskill Animal Sanctuary.

Fri Dec 5 , 2008
Photos by Rebecca Kassay Brook Farm is one of a group of small, polyculture (growing more than one type of produce) farms in the New Paltz area. These farms avoid negatively affecting the environment and the quality of their food by not spreading any such chemicals on the crops and […] 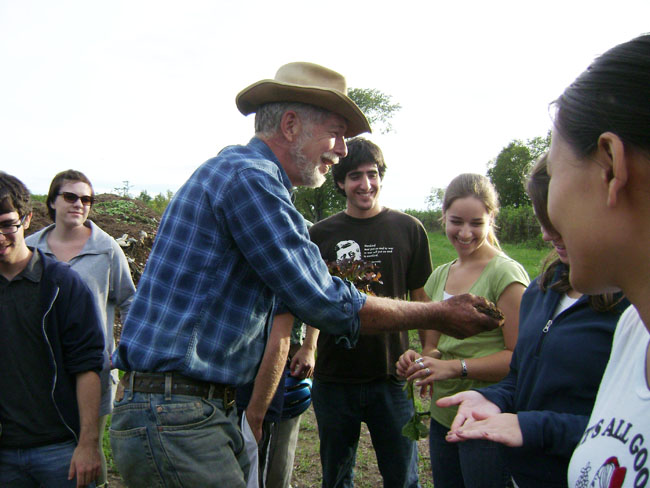